A cornucopia of thoughts and opinions, with a smattering of pictures…

I wish I could like this article 10 million times!

Over 800 years of evidence that guns reduce homicides. I can hear the panicked breathing from the left already. 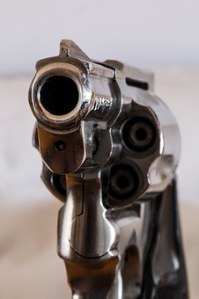 I found this question and answer on Quora.com. (It’s raining here😕.) Quora.com is a great site and purports to be “a place to share knowledge and better understand the world.”

I have found very little bias on either side and much truth.

So, do pro gunners only care about guns? And not the lives lost because of guns? Here’s the answer: (with charts and statistics).

This is yet another egregious case of Begging the question – Wikipedia

Begging the question is a logical fallacy which occurs when an argument’s premises assume the truth of the conclusion, instead of supporting it. It is a type of circular reasoning and an informal fallacy, in which an arguer makes an argument that requires the desired conclusion to be true. This often occurs in an indirect way such that the fallacy’s presence is hidden or at least not easily apparent.

One thought on “Do pro gunners only care about their guns? And not the lives lost because of guns?”

This site uses Akismet to reduce spam. Learn how your comment data is processed.